Orlando 3rd toughest Metro in Nation to Rent a home!

Orlando had the third most competitive rental market in the nation in 2022, with an average of 21 applicants per unit, according to a new report from the apartment-hunting website RentCafe.

The report also found that apartments in Orlando stayed vacant for less than a month on average.

Grand Rapids, Michigan, was No. 2 in the survey while Miami-Dade came in at No. 1 with a whopping 32 applicants per apartment.

While housing advocates have called for more apartments, one economist said Orlando could ease some of the pressure if fewer houses and condos were limited to being short-term rentals for tourists.

“We have some potential units that we could put on the market pretty quickly with the changing of a few hearts and minds,” said Ken H. Johnson, real estate economist at Florida Atlantic University.

Competition fueled an explosion in rent prices last year. Orlando’s average monthly rent was $2,008 in November, according to a rental index Johnson helped produce, nearly 10% above the same time the year before.

“We’re having these high rental rates … in Florida while it’s easing in much of the rest of the world,” Johnson said.

Demand throughout Florida was high as the population grew by nearly 2%, according to the Census Bureau, the 2022 first time in more than 60 years that Florida has had the fastest-growing population.

“Most of this is being driven by a lack of supply,” said Doug Ressler, a senior analyst for Yardi Matrix, which supplied data for the RentCafe report. “The supply has just not been able to keep up with demand.”

While economists often point to the dramatic drop in new construction after the Great Recession of 2008 as the reason for the constrained supply, Johnson said Orlando and many cities especially in Florida have more supply than they are using.

Johnson said with high rents and competition, economists would expect a high number of people living in each unit. But Orlando’s density is 2.54 people per unit, just less than the national average, according to Johnson.

“You’re right at or even below the average number of people living in units around the country,” he said. “So why are prices so high?”

Johnson said he thinks it’s because homes and condos being used as short-term rentals on sites such as Airbnb or VRBO are sitting vacant.

“Nobody has any idea of the total numbers [of vacation properties], but it’s substantial,” he said.

He also points to HOAs and condo associations being too restrictive about renting empty housing.

“Even if they were on the market for sale, that would help the rental market overall in Florida,” he said.

HOAs and governments would likely face opposition from resident owners who complain about noise and damage to houses and condos where renters come and go by the day or week.

Johnson says the long-term solution is still to build more homes and apartments, but Ressler points out that solution is too far away for people searching now.

“To build a 50-unit apartment building, it takes a good 36 months from once you put a shovel in the ground to bring it to fruition,” Ressler said. “And that has been extended because of the [pandemic-related] supply chain issues.”

Ressler said he predicts 95% occupancy around the country in 2023, even with 430,000 new apartments expected to become available this year. With mortgage rates rising, Ressler said pressure on rentals will remain high as more people find themselves priced out of buying.

Metro Orlando, which includes Orange, Osceola and Seminole counties, has an apartment vacancy rate of 7.4%, according to real estate analysts CoStar Group. Last year, the metro saw the construction of 7,912 new apartments, and another 12,000 are expected this year, according to CoStar.

“We’re talking about things like rent control and we’re not even looking across the streets where the lights aren’t on,” he said.

COURTESY OF THE ORLANDO SENTINEL 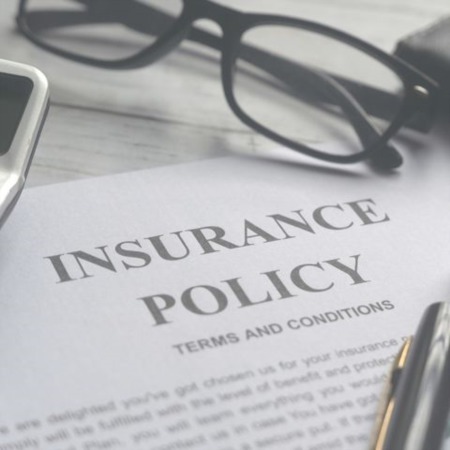 Out of 126 regulated property insurers. Fla.-operated Citizens is the state’s largest, followed by No. 2 Universal ...

Shocked by how high your monthly mortgage payment went up? Here’s why it jumped Many homeowners across South Florida ...